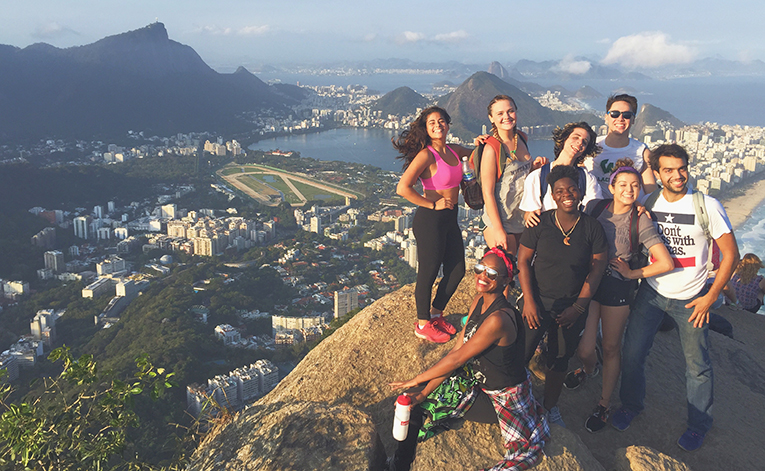 Education.com, a top rated education website has done an extensive survey on the Top 10 Best Destinations Globally To Study Abroad 2021/2022.

This year’s survey reached 10,000 responses from students across 181 countries who are currently thinking about studying overseas. Using the top reasons for studying abroad, ranked by students who prioritize finding the right destination country over program or school, they have created a ranking of the Top 10 Best Destinations Globally To Study Abroad 2021/2022.

The rankings are based on these 7 factors, according to Education.com:

If you can imagine enjoying daily siestas, sipping sangria, and exploring never-ending tapas bars, España might be the place for you. There are plenty of unique markets and museums to keep you occupied in the capital, Madrid. Or, you can explore architectural masterpieces like La Sagrada Familia and elements of Catalan culture in vibrant Barcelona. Catch a train to discover Basque culture in the north, with surfing in San Sebastián and hikers following the legendary Camino de Santiago.

In the south, Andalucia reflects a history of Flamenco music and Moorish influence. Granada, Sevilla, Málaga, and Cádiz are sure to impress. And that’s not even to mention the friendly people and buzzing social scene throughout the country! With universities founded as far back as 1218 along with a multifaceted culture, studying abroad in Spain is truly a unique experience. ¡Olé!

Whether you prefer mountains, fjords, beaches, forests, or plains, New Zealand holds something for you. The island nation hosts a variety of landscapes that are often considered to be some of the most stunning in the world. Otherworldly, even, as the Lord of the Rings was filmed here! However, Middle Earth didn’t include the wine regions’ vineyards, which make New Zealand world-famous for its red and white wines. Up for adventure outside of storybooks?

You can take a helicopter to the peak of the Franz Josef Glacier, dive into ancient glowworm caves in Waitomo, trek to Lake Tekapo to watch the southern lights, and bungee jump in Milford Sound. Beyond the scenery, the people are the best thing about this country. Kiwis are widely known to be extremely kind and diverse. Everything from language to cuisine is multicultural, with the indigenous Māori culture a strong part of New Zealander customs to this day. Haere mai, ngā manuhiri tūārangi!

La République française is truly the crème de la crème for those looking for living history. You’ll find artistic and architectural influences across several centuries in any French city or town. Visit charming fairytale villages in the Alsace region, soak up the Mediterranean sun in Marseilles, and view the dramatic landscape of Mont Saint-Michel – culture is at your fingertips! History is documented in world-class museums like the Louvre, and fashion is immortalized in the modern-day fashion scene in Paris.

And don’t forget about the food! French cuisine transcends expectations every time, with a sommelier ready to match your taste to the perfect bottle of French wine. With each region as distinct as its wine, there are countless places to explore, like Lille, Toulouse, Grenoble, or Lyon. So, if you see yourself watching the sunset behind the Cathédrale Notre-Dame or taking a walk through the lavender fields of Provence, consider France as your next destination.

If you’re picturing bicycles, canals, and cozy cafes on the streets of Amsterdam, you already have a good sense of what life is like in the Netherlands. The Dutch dedication to efficiency and sustainability is reflected in their alternative approach to life. From the busy cities of Utrecht and Rotterdam to the more peaceful student towns of Groningen and Leiden, you’ll find that people here are quite diverse, especially environmentally conscious, and very accepting of others.

Studying abroad in the Netherlands is an easy decision. They have some of the most English-speakers in the world, though a primarily Dutch-speaking country, and many English university programs to go along with it. There are also plenty of things to do in your downtime. Take a walk through history at Zaanse Schans, head over to the Van Gogh Museum, or marvel at the tulips blooming in the Garden of Europe. All while enjoying some stroopwafel, of course!

It’s well known that the United Kingdom hosts some of the most prestigious universities in the world. That’s why the UK takes the top spot again on this year’s ranking for high-quality teaching. Yet, there is so much more to do in England, Wales, Scotland, and Northern Ireland beyond academics.

You could spend years in just London itself and still not see the entire city! Imagine yourself sipping some afternoon tea and grabbing pints in the pub, or maybe exploring world-class museums and walking through the ruins of Stonehenge.

An intriguing mix of centuries of history alongside 21st-century modernity is embedded in each city, whether that’s Edinburgh, Cardiff, or Belfast. The rolling countryside of England and Wales along with the rugged highlands of Scotland and geologic wonders of Northern Ireland are more than enough to keep you occupied outside studies. International students are guaranteed a thrilling experience in the United Kingdom.

If you’re interested in natural beauty, look no further. Switzerland is known for its stunning landscapes, with scenes so beautiful that it’s hard to believe it’s all real. There are countless hiking trails all over the country that will lead you to panoramic views of lakes, forests, and lush mountains. If you’re an avid skier, you’ve found your paradise! Besides Swiss cheese, chocolate, watches, or knives, this country may be the most famous for the Swiss Alps, which offer incredible sights and opportunities for mountain sports. Prepare to be stunned by the cities as well. Enjoy the cosmopolitan cities of Zurich and Geneva, hang-glide over Interlaken, or wander the medieval Old Town of Bern. The highly international population and easy access to travel as the heart of Europe make Switzerland the perfect place to satisfy your inner adventurer. If you’re a language enthusiast, you’ll be thrilled to hear Swiss-French, Swiss-Italian, Swiss-German, and maybe even Romansh on your strolls through the city. Bainvegni!

There’s no doubt that the US is one of the most multicultural countries in the world. Spanning from the Atlantic to the Pacific, each state hosts a variety of landscapes, subcultures, and histories that you’ll never get bored of exploring. Discover forested mountains, rolling plains, sparkling coastlines, and majestic canyons all in the span of one American road trip.

Whether you visit Vegas, New Orleans, Miami, or Honolulu, you’ll find endless sources of entertainment exploring the unique vibes of each city, and of course, the American, or ‘Americanized’, food! Search for the best tacos in California, munch on fried chicken in the South, and don’t forget to take an opinion on the pizza rivalry between Chicago and New York.

As a student in one of the many high-quality schools in the States, you’ll notice that even the universities are a melting pot of cultures, with domestic and international students alike coming from completely different backgrounds. Sounds like the perfect learning experience? Make your new home the Land of Opportunity.

Deutschland is ranked third in the world and first in Europe for many reasons. Stretching from the beaches along its Baltic coast to the mountains of Bavaria, Germany seems to be home to almost every European landscape imaginable – perfect for all seasons. Even if you’re not a history buff, you’ll notice strands of the past woven throughout the country, from the Berlin Wall and Holocaust memorials in the city to the magical Eltz and Neuschwanstein Castles in the countryside. Visit the Black Forest for some fairytale inspiration, lose yourself among the many picturesque canals of Hamburg, and enjoy the biergartens of Munich during the yearly Oktoberfest. You’ll find that Germans may be the biggest bread enthusiasts in Europe and that the currywurst, schnitzel, and döner kebab are in fact pretty brag-worthy. If you decide to study at some of the world’s oldest and most well-known universities in Germany, you’ll surely get the experience of a lifetime!

Oh, Canada! Known for its vast expanse of natural wonders, Canada’s diverse landscape is unmatched. With rocky coasts, snowy mountains, forested lakes, and arctic glaciers, a good camera is absolutely necessary. As a bilingual country, French and English are widely spoken – making Canada one of the best places to learn a new language in the world. Though, as an extremely multicultural country, you’re guaranteed to hear many more languages beyond that, including the languages of the Indigenous peoples of Canada. Regardless of language, you’ll find warm welcomes and friendly smiles here. Feel free to explore the cosmopolitan cities of Vancouver, Toronto, and Montreal, and be awestruck by the captivating surroundings of Banff, Whistler, and Halifax. Sounds like the ideal place to study, eh?

Australia, or Straya as the Ozzies call it, takes the top spot from Canada this year as the Top Destination in the World to Study Abroad in 2022. With nine distinctive regions and twenty UNESCO World Heritage sites like the Great Barrier Reef, the Tasmanian Wilderness, and Uluṟu-Kata Tjuṯa National Park, there’s so much to explore. Visit the world’s oldest rainforest in the Daintree, see red sand beaches and turquoise waters in Broome, and marvel at the limestone cliffs along the Great Ocean Road.

Want to learn how to surf? Hop over to Manly after class in Sydney, or become a regular in Margaret River or Perth for some of the best waves in the world. City life greets you in Brisbane, Adelaide, and Melbourne, the latter being the heart of Australia’s music scene. You’ll find a passion for pubs and cafes all over the country, and a diverse mix of cultures, including the Australian Aboriginal heritage. Grab your sunnies and head to Australia to see for yourself why the Land Down Under is our #1 this year!

Avail Tutorials is a unit of Avail International Consult, a study abroad organization which over…