ASUU Strike And Lamentations Of Ngige 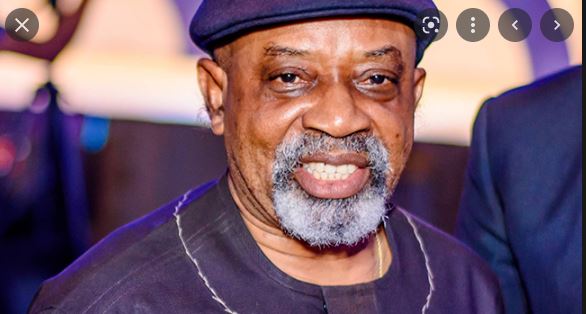 (ASUU Strike And Lamentations Of Ngige). Minister of Labour and Employment, Dr. Chris Nwabueze Ngige, is not someone who hides his mouth to say something he feels strongly about. Recently, he observed that the Ministry of Education was the one literally holding the yam and the knife concerning the peaceful resolution of the ongoing strike by the Academic Staff Union of Universities (ASUU). According to Ngige, as a conciliator, he has made use of the labour instruments at his disposal. But, “the bosses in the Federal Ministry of Education do not feel the strike. There are things that are above me. I am not Minister of Education,” Ngige said.

As a minister and politician, Ngige can afford to send his children to any school abroad or even to private universities in Nigeria. Why he chose not to do so is best known to him. For me, I have no choice because I do not have the resources to send my children to foreign universities. Having spent a fortune training them in private secondary schools, I cannot afford to continue going through the same stress for their higher education. That is why I, and many other parents, do not find the perennial strike by ASUU funny anymore.

That was why I watched with dismay the drama that played out when the executives of the National Association of Nigerian Students (NANS) paid the Minister of Education, Adamu Adamu, a visit in Abuja recently over the strike issue. Typical of students, they were angry and a bit combative in their statements. But the minister poured fuel on the raging fire by walking out on them. He failed to use the occasion to reassure the students and their parents about what the ministry was doing to bring stability to our higher institutions. The students stormed out angrier than they were before they visited the minister.

ASUU is also very angry. It sees government as a serial defaulter in honouring agreements it entered with the union since 2009. After years of negotiations, promises and signed agreements, their demands are yet to be fully met. The union called off its nine-month strike last year with hope that things would be sorted out. Government only paid N22.1 billion earned academic allowances and released N30 billion of the N220 billion tranche of the 2009 revitalization fund to the universities late last year. In summary, Ngige said government had so far paid N92 billion from the 2021 budget to cover the revitalization funds and earned allowances to federal universities in the country. But ASUU is not satisfied. It wants some more.

Government and ASUU have continued to play hide-and-seek over UTAS. While the government contended that the National Information Technology Development Agency (NITDA) did not give pass mark to UTAS on integrity and credibility test, ASUU said UTAS didn’t fail any test. There is need to find amicable solution to this misunderstanding.

Just as ASUU was flexing muscles with the government, the Joint Action Committee (JAC) of the Non-Academic Staff Union of Educational and Associated Institutions (NASU) and Senior Staff Association of Nigerian Universities (SSANU) started their own. They embarked on a two-week warning strike and have threatened to go on an indefinite strike. Essentially, NASU and SSANU are not happy that the government failed to implement a Memorandum of Understanding and a Memorandum of Action reportedly signed in October 2020 and in February 2021, respectively.

It is a pity that things have gone this bad in our citadels of learning. The major victims in all this are students. Many of them are tired of staying at home. Some have joined criminal gangs just to survive. The females among them have had to suffer different kinds of abuses, including rape. Those who have made different plans on what to do after graduation have had their plans shattered.

Parents like me bear the brunt as well. You keep paying for accommodation for your child whether school is in session or not. Sometimes, you are as frustrated as the students because you see them at home doing nothing and wasting their youthful years.

Nigeria as a whole suffers the image problem of a country with a turbulent education system. As a master’s degree student in Cardiff, United Kingdom, I never witnessed any disruption in the school calendar. Everything worked seamlessly. That is why there are many international students in the UK and other advanced democracies. I don’t know how many international students one can still find in our universities these days. No one wants to come to a place where there is no stability; where, in the world universities’ ranking, no university in the country is close to the first 500.

What then shall we do? Shall we fold our arms and watch our ivory towers destroyed by those who have no value for education? The Federal Government has appealed to members of ASUU to call off their strike, which they embarked upon February 14, 2022. Ngige also said government was unrelenting in its efforts to address the industrial disputes in the university system. It is important to remind President Buhari that when some members of the Nigeria Inter-religious Council visited him in Abuja recently, he promised that his government remained committed to fulfilling the promises made to ASUU.

The President should make good his promise. His government should continue to dialogue with ASUU. Resources are scarce to meet all demands no doubt, but education and health should be given top priority. The money we waste in many non-viable ventures could be invested in education to save this recurrent embarrassment of a strike. The billions of Naira government spends paying N5,000 stipends to some families in the name of fighting poverty could come handy here.

As the 2023 general elections approach, Nigerians should be very vigilant. We must collectively resolve to vote candidates who have track records of performance, love for education and capacity to solve our numerous problems. Let’s divorce ethnic and religious sentiments from our elections.

As for ASUU, Nigerians know your demands are legitimate. But is it possible to apply moderation, to do more of picketing and other actions than always going on strike? Would it not be better if strike remains the last option?

As we have seen with Ngige, if the children of the President or ministers are compelled to study in Nigerian public universities, perhaps, they may feel the pinch like us and then do everything possible to put a final stop to these strikes. But is that possible in Nigeria?