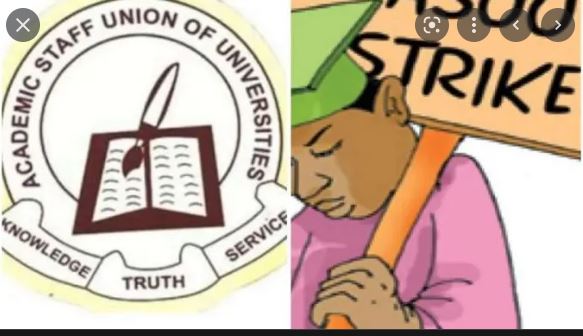 The Academic Staff Union of Universities (ASUU) says the ongoing strike by its members will continue, insisting members won’t resume work despite the Federal Government’s payment of minimum wage arrears.

This was contained in a circular by the University of Lagos branch of the union titled, ‘Payment of minimum wage arrears’.

The chairman of UNILAG ASUU, Dele Ashiru, confirmed the authenticity of the circular to The PUNCH on Saturday.

Ashiru described the arrears payment as “long-overdue”, saying that the core demands of ASUU have not been met.

The circular read, “The leadership of our Branch has been inundated with calls concerning the recent payment of the long-overdue arrears of the consequential adjustment of the minimum wage.

“Our members are reminded that this is not one of the core demands upon which the ongoing strike action is premised.

“For the avoidance of doubt, the demands of our Union are the conclusion of the renegotiation of the 2009 FGN/ASUU Agreement, abrogation of the fraudulent and corrupt IPPIS scheme and the deployment of UTAS, payment of promotion arrears, the proliferation of State Universities and governance issues amongst others.

“While our Union welcomes this unsolicited payment, our members should please conserve the funds and spend wisely so as to energise our struggle until all our demands are satisfactorily met
Our Union commends the resolve and sacrifice of our members in enthroning a University system that is globally competitive.

“United we bargain! Divided we beg! A people united can never be defeated. Solidarity forever”

The National President of ASUU, Prof. Emmanuel Osodeke, said the decision was taken after the union’s National Executive Committee meeting.

Osodeke said since the last meeting the union had with the federal government in December 2021, it had not received any formal invitation from the government.

ASUU extended the action by another two months to afford the government more time to address all of its demands.

The union also accused the government of displaying an indifferent attitude toward its demands.

Osodeke, in a statement to announce the extension of the rollover strike, noted that the national executive council of the union “was disappointed that Government did not treat the matters involved with utmost urgency they deserved during the four-week period as expected of a reasonable, responsive, and well-meaning administration”.

He said the NEC concluded that the government had failed to satisfactorily address all the issues raised in the 2020 Memorandum of Action within the four-week roll-over strike period and resolved that the strike be rolled over for another eight weeks.

Osodeke said the strike continues over the government’s failure to “satisfactorily” implement the Memorandum of Action it signed with the Union in December 2020 on funding for revitalisation of public universities (both Federal and States), renegotiation of the 2009 ASUU Agreement and the deployment of the University Transparency and Accountability Solution.

Other demands of the union as listed by ASUU include Earned Academic Allowances, State Universities, promotion arrears, withheld salaries, and non-remittance of third-party deductions.

If you need a reputable and reliable instant loan app in Nigeria, you can apply for quick cash loans from other platforms apart from ALAT By Wema app. However if you are a business owner, you can apply for a bigger loan amounts from Lendigo platform. The funds can be used to grow and expand your business.

There are many loan apps designed for urgent and emergency cash if you are a Nigerian and live in Nigeria.  An emergency cash loan is available for anyone who has an urgent financial obligation that cannot wait.

We should also add that if you are a Nigerian or non Nigerian but resident in United States (USA), you can apply for an emergency cash advance loan even if you have a poor or bad credit rating. Please ensure you avoid like a plague any of the following top 22 loan sharks in Nigeria. They are scam and fraudulent.

Gaining admission to study in any university abroad is not an easy task. Tuition fees…